We at Mill Creek Classics Car Restorations are currently working on completion of a 1965 Plymouth Barracuda. The classic car is in the assembly stage and will be completely restored (photos as the process continues). It has been painted with House of Kolor Brandy wine Paint Finish and Mother-Of-Pearl Racing Stripe. This Plymouth Barracuda 1965 will have a fully-rebuilt 360 Engine, Drive-Train, 4 Barrell Quadrajet Carburetor, New Brakes, Tires and Custom American Racing Wheels. We are also preparing the brand new Interior for the Plymouth Barracuda 1965.

All Emblems and other chrome parts will be Re-Chromed throughout resulting in the original and brand new looks.

These cars are on our site at Mill Creek Classic Car Restorations:

We also have two fully rebuilt motors for any Pontiac – 1966-1974. One is a 389 cI/tri-power and another one is a 400 ci/tri-power. They will be installed in to GTO’s which are looking for at this moment.

Our completed and sold vehicles were the 1967 Ford Mustang and the 1963 Ford Falcon. We still hear praises from the new owners. They are very happy!

A 1968 Pontiac Firebird FULLY-RESTORED has been sold.

This is what we are aiming for 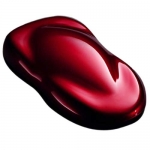 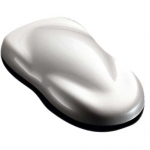 We have made it a practice to take lots of photos during the restoration. Once the car is completed we will publish a good selecton of the photos and a parts/repair list for your consideration. After several test drives we will shoot a high quality video and include the best shots of the car. We were very happy to obtain this classic treasure trove and we’re nearing completion.

The car is now in the assembly stage. Our conservative estimates of the finishing date is 1st September 2019. Until then we will carry on working hard.  We are pleased to invite you to follow on the progress and even join our mailing list in order to receive new informations on weekly basis.